Driving to the Beach (and other pleasures) 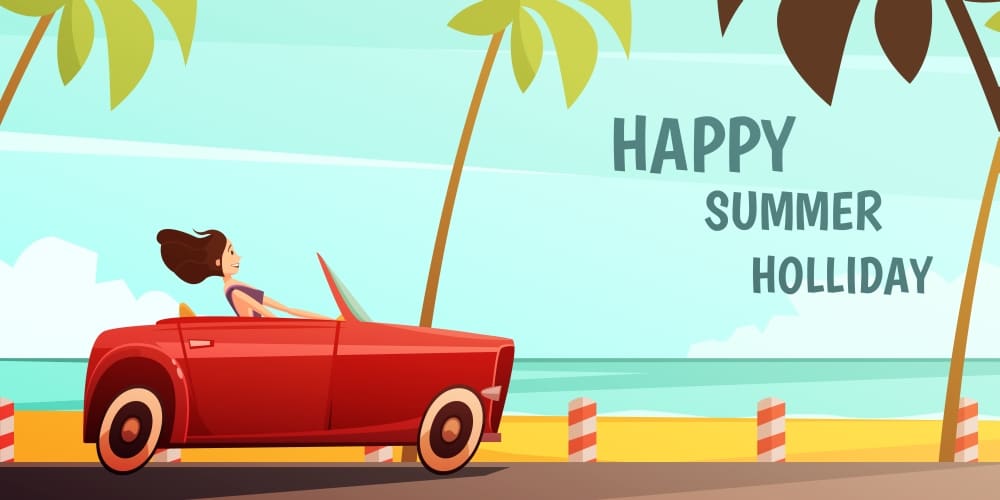 18 May Driving to the Beach (and other pleasures)

Posted at 12:10h in Cash For Cars, The World by Steven Green 0 Comments
0 Likes

Sunday driving has always been a very fun thing to do.

It was summer of 1964, and my dad decided to drive us to the beach. Me, my brother and sister and mother, all got in our 1965 sea green Chevy Impala convertible and headed down Wilshire Boulevard from our home in Beverly Hills. I remember when my dad brought home that car one day. It was a big surprise. The sharpened fish tails made it look like a James Bond land driving vehicle which could just as easily switch to a boat when near the water.  The windshield wipers weighed more than my Prius.

Imagine a bright mid-1960’s day in so much less crowded L.A., zooming down the Santa Monica Freeway in a machine as heavy as a house.   Radios barely heard.   Bikinis the scandalous modern artifact. Nuclear threat and a thick ominous brown layer of smog creeping up over the horizon as a harmonious duel warning that we’d better have a good time. Not much time left.  In fact, family outings in the car became nothing less than dress rehearsal for Armageddon.

The Santa Monica Freeway (I-10) holds the distinction of being the first freeway in Los Angeles The roadway, which opened on April 20, 1935, was dubbed the “Air Line route,” and was seen as a major achievement in traffic design.-(Wikipedia)

The thing is, the point I’m trying to make is that everyone makes the same mistake of thinking that just because something is nostalgic, it is therefore antiquated. Useless. A thing of the past. Los Angeles Metro built and opened the Blue Line, which although has been plagued with delays, does fulfill that futurist fantasy of a train from downtown to the water. And, I’m all for that, being an environmentally minded human. However, driving in a big ole convertible, cranking up the tunes, and with a picnic basket of sandwiches and beer, I mean, nothing like it.

It’s the same when I think of cars themselves. I’ve said this a million times, but it’s none the less true. I’d much rather have a rebuilt old car than a new one. Just something about having a little bit of history beneath your butt, as my grandfather used to say. In any case, however you get there, through the Wilshire Corridor, down Sunset Boulevard and through Dead Man’s Curve, driving to the beach is just as fun as being at the beach. Maybe even more fun.

Just do a U-turn and drive back. Parking is too expensive and a hassle.

This has been your car-caring guy.