My Way or The Freeway 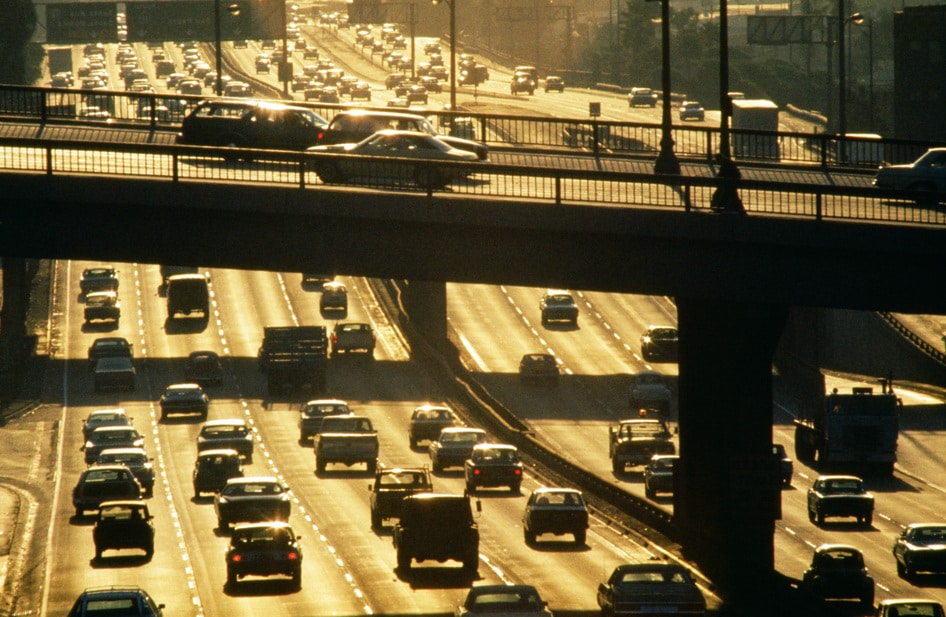 20 Aug My Way or The Freeway

Posted at 13:01h in Los Angeles, The World by Steven Green 0 Comments
0 Likes

The term “freeway” should symbolize everything America stands for. Freedom.

But all of us who travail the massive artery system here in Los Angeles know that they are anything but free. Still, the Los Angeles freeway system has a long and interesting history, within the on-ramp and off-ramp of transportation.  The first multi-lane speed roadway built in LA was The Pasadena Freeway, commonly known these days as the Arroyo Seco Parkway.  Built in the mid to late 30’s and opened in 1940, it was the first of it’s kind in the Western United States.

The 8.126 mile motorway connects downtown Los Angeles with Pasadena, much of that route being a windy 5 mile section which can be tricky, especially since the lanes are quite narrow. Providing access to Dodger Stadium, you can imagine its popularity waxes and wanes depending upon the season and how well LA’s baseball team is doing.

The “10”, or the Santa Monica Freeway is the westernmost section of Interstate 10, running from Santa Monica cliffs to the downtown interchange.  Probably the most popular and friendly of LA freeways, the 10 gets to see all the best parts of the westside, from the giant temples of Century City to the Fairfax/Beverlywood suburbs.

I-10 holds the distinction of being the first highway in Los Angeles. A four-mile section was built between 1933 and 1935 at a cost of $877,000. The “Ramona Boulevard” highway linked downtown Los Angeles to the communities of the southern San Gabriel Valley. The roadway, which opened on April 20, 1935, was dubbed the “Air Line route,” and was seen as a major achievement in traffic design. – Wikipedia

And me being a film buff, think of the 10 in those terms and always come up with this iconic scene from Heat starring Al Pacino and Robert DeNiro.

A Freeway Actually Named After Dreams

One of the busiest in the country is The Hollywood Freeway.  Where you can literally get off at movies.  Don’t believe me?  Get off at Sunset Blvd...

One of the worst tortures actually allowed by the United Nations is being stuck on the San Diego Freeway, commonly known as “the 405”.  It’s horrible for two reasons.  One, it’s horrible during rush hour.  It’s been called a parking lot, but even a parking lot you can exit.   And the second reason is it is unavoidable.  The good thing about the 405 is that it provides the perfect excuse for being late in Los Angeles.  “Hello, Bob?  Yeah, I’m not going to be able to make it to your awards ceremony on time…I’m stuck on the 405!”  Works like a charm every single time.

Alligator lizards in the air

Running from the Ventura County line in Santa Barbara all the way to Pasadena, The Ventura Freeway is both functional and symbolic.  It represents both heaven and hell to most Los Angeles drivers, because it leads through and to the Valley’s peaceful suburbs but also can be very congested in two parts of itself.  Trusts me; you don’t wanna get on the Ventura Freeway during Friday rush hour?  How ironically named.  “Rush” hour.

The Ventura Freeway suffers from severe congestion. Its intersection with the San Diego Freeway, in Sherman Oaks, is consistently rated as one of the five most congested interchanges in the nation. Where it meets the Hollywood Freeway at the Hollywood Split junction, it is also notably congested. During events at the Rose Bowl, the freeway’s eastern portions often resemble a parking lot.– Wikipedia

Alligator lizards in the air?  What the hell were they smokin’ back then! LOL

This has been Steven Alan Green reporting. 8/21/18

Freeways and Highways of Los Angeles (or similar include freeway)

Talk about the freeways without “complaining” about the traffic