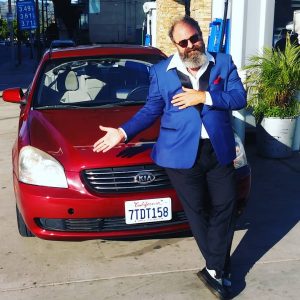 Your humble writer and his 2008 Kia Optima

LA Image Starts With A Car

Cars and self identity, Los Angeles is largely based on what car we drive. Why is this? We don’t seem to apply this reflection of oneself with other mechanical devices, such as our dishwasher. We don’t seem to fawn over the latest iPhone. Well, actually we do. Okay, I stand corrected.

There are those who prefer the “look how much money I’ve got” image of their car, their cars and self identity. The guy rolling his convertible Bentley down Sunset Boulevard, top down, Wayfarers on, collar up and a shaggy dog in the backseat, sneering and barking as they pass by the rest of us. I always think to myself, that can’t be the guy whose car that is. Must be his mechanic taking it on a test spin. Rationalizing is also a major part of the surviving LA toolbox.

Cars and self identity

We care about our cars, our phones and what else… Our bodies? Our clothes? Where we are seen? Who we’re seen with? Okay, okay. I admit this analysis is never ending. But with LA in particular, it all starts with a car.

For my money, I really admire those people driving a restored old car. A 1964 Ford Falcon convertible. Black with a red interior. That’s my dream car and I know this even though I’ve never even been in one, let alone driven one. It just looks so cool. The drivers always seem to have life by its celebratory short hairs. Me? I’ve got a 2008 Kia Optima, which was financed for me by The Comedians Assistance Fund, the charitable wing of my home club The Comedy Store. I love this car. It’s smooth and efficient and allows me to easily get to comedy clubs across town and then Uber for a few hours a day to make my daily bread. It’s been a Godsend and I have to thank 310 Cash For Cars for finding me this very valuable gem. For me, self-image in Los Angeles is based on the car I drive and my self-image is driving a car given to me by the comedy community. Self-Image in Los Angeles is largely based on what car we drive. It’s all about cars and self identity.

Everything’s Better In a Car

At the end of the day, what we drivers all want is an affordable and dependable car to get us from home to work to the store to the gym. A car in Los Angeles is almost more important than a place to live.  Regardless, we all spend a lot of time in our cars. True, everything has become deliverable these days and people tend to stay at home rather than fight traffic and search for parking. For me, I love the getting out. I love the interacting. I love driving my car. After all, it is an extension of my self-identity of a forward moving individual; and in LA, you’re always better off doing that in a car. 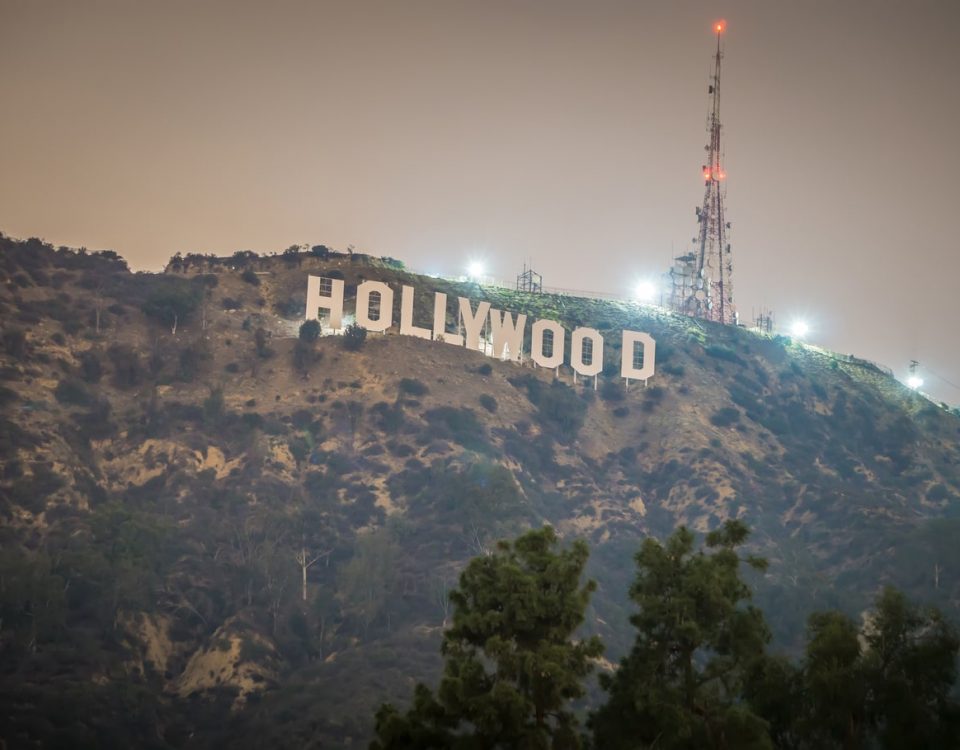